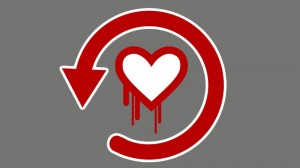 An encryption flaw called the Heartbleed bug is already being called one of the biggest security threats the Internet has ever seen. The bug has affected many popular websites and services — ones you might use every day, like Gmail and Facebook — and could have quietly exposed your sensitive account information (such as passwords and credit card numbers) over the past two years.

But it hasn’t always been clear which sites have been affected. Mashable reached out some of the most popular social, email, banking and commerce sites on the web. We’ve rounded up their responses below.

SEE ALSO: How to Protect Yourself From the Heartbleed Bug

Some Internet companies that were vulnerable to the bug have already updated their servers with a security patch to fix the issue. This means you’ll need to go in and change your passwords immediately for these sites. Even that is no guarantee that your information wasn’t already compromised, but there’s also no indication that hackers knew about the exploit before this week. The companies that are advising customers to change their passwords are doing so as a precautionary measure.

Although changing your password regularly is always good practice, if a site or service hasn’t yet patched the problem, your information will still be vulnerable.

All the banks we contacted (see below) said they were unaffected by Heartbleed, but U.S. regulators have warned banks to patch their systems.

Making Sure Your Site is There: A Beginner’s Guide to Search Engine Optimization